Every emerging technology needs early adopters. Who are those early adopters mostly depends on the technology itself, but in marketing early adopters are usually digital creative agencies. Always pushing the limits of creativity, digital agencies are unique in the sense that they combine both creative and technical talent. And with Virtual Reality becoming a more and more legitimate advertising channel, they should take a long, hard look at this technology and learn how to best use it to their advantage.

Two down, one to go

In the past, Virtual Reality encountered a huge obstacle, denying its growth – the hardware. Years ago, VR headsets were big and bulky with wires and sensors practically preventing moving around. You really had to be a technology geek to try out that piece of machinery. But headsets have come a long way in the last years. They are now smaller, more comfortable and much more affordable. So much so, that people actually don’t mind putting them on and leave the real world for a while. 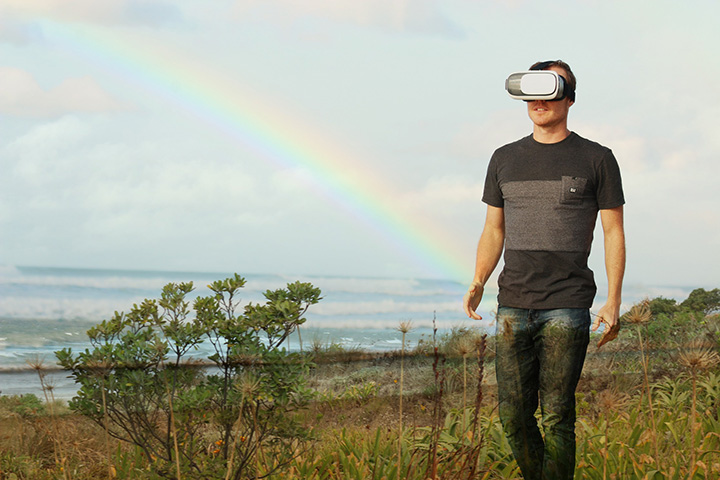 The numbers for Virtual Reality technology are showing a very positive trend. The number of users is growing each month, the number of companies interested in this technology is growing rapidly and the number of headsets sold is growing by the minute. This month, for example, Xiaomi announced it sold out its own version of Oculus Go in just 4 minutes, with more than 50.000 users still waiting for their headset as the company cannot produce them fast enough.

So the hardware is ready, the people clearly want the technology and there now remains one final obstacle on the path to greatness. High-Quality Content. It is now up to digital agencies to partner with content creators to produce magical moments inside a virtual world.

Research shows that Virtual Reality is the perfect medium for a successful ad campaign. According to the research done by YuMe Inc., users are 27% more emotionally engaged in VR than in any 2D environment, such as images or video. VR viewers are also emotionally engaged 34% longer than when they view the same content in 2D. That makes VR the perfect branding tool for a company that wants a competitive edge!

Volvo struggled in 2014, the brand not appearing ‘modern enough’ for the audience, but they found a solution. They started offering a VR test drive of their XC90 model at trade shows and the results were amazing. The marketing campaign got 173 million impressions, 51,000 inquiries and about 1,500 media articles written about it. Volvo sales surged in 2016 with 412 percent increase (!) compared to the previous year and 41 percent of all Volvos sold in the United States have been XC90 models.

A great VR experience, therefore, has a good return on investment, gives the company a strong branding boost and brings in new clients.

“A great VR experience has a good return on investment, gives the company a strong branding boost and brings in new clients.”

But for a great VR experience, you need both the technical skills of a good programming team, as well as the creative marketing expertise that a digital agency can bring to the project. Together, it is a match, made in heaven.

You can read more about how creative agencies can use VR to their advantage in my article “How to advertise in Virtual Reality”.

Today we are also starting a group that will connect marketers and AR/VR content creators on Linkedin. If you like the topic, feel free to join and follow/contribute to the topic. GROUP: Creative Immersive Marketing