Virtual Reality has been creating a lot of hype in this past few months. First, it stole the show at CES 2018 in January with HTC announcing new headset – HTC Vive Pro and Intel showing off their True VR video technology that is poised to change the way we make (and watch) digital content. Even the biggest skeptics could no longer deny it: Virtual Reality is here to stay.

All of the world’s biggest names are following the trend. Recently, NBA and TNT signed a deal with Intel, bringing the VR experience into the best basketball action on the planet! Spectators also had a chance to experience virtual reality during the Olympic games in South Korea as well and Formula 1’s owner – Liberty Media – is making plans to bring the users onto the track and experience the race from a driver’s perspective.

Meanwhile, it’s not all about sports. Volkswagen put the wheels in motion and is planning to use Virtual Reality to train 10,000!!! employees using this new technology, the Chinese are using VR in the courtrooms to revisit the crime scenes, and on, and on, and on. VR really broke into the industry and changed the game. But it wasn’t all smooth sailing, was it?

The beginning and basic set-up

Moving into virtual reality made sense for Creative Solutions, since our clients are usually companies who try to raise the presentations of their products to the next level. From a marketing point of view, VR technology is a no-brainer. It is new, it is attractive, the hype is there and it can present a product in a whole new way. But that doesn’t mean there aren’t any complications along the way. 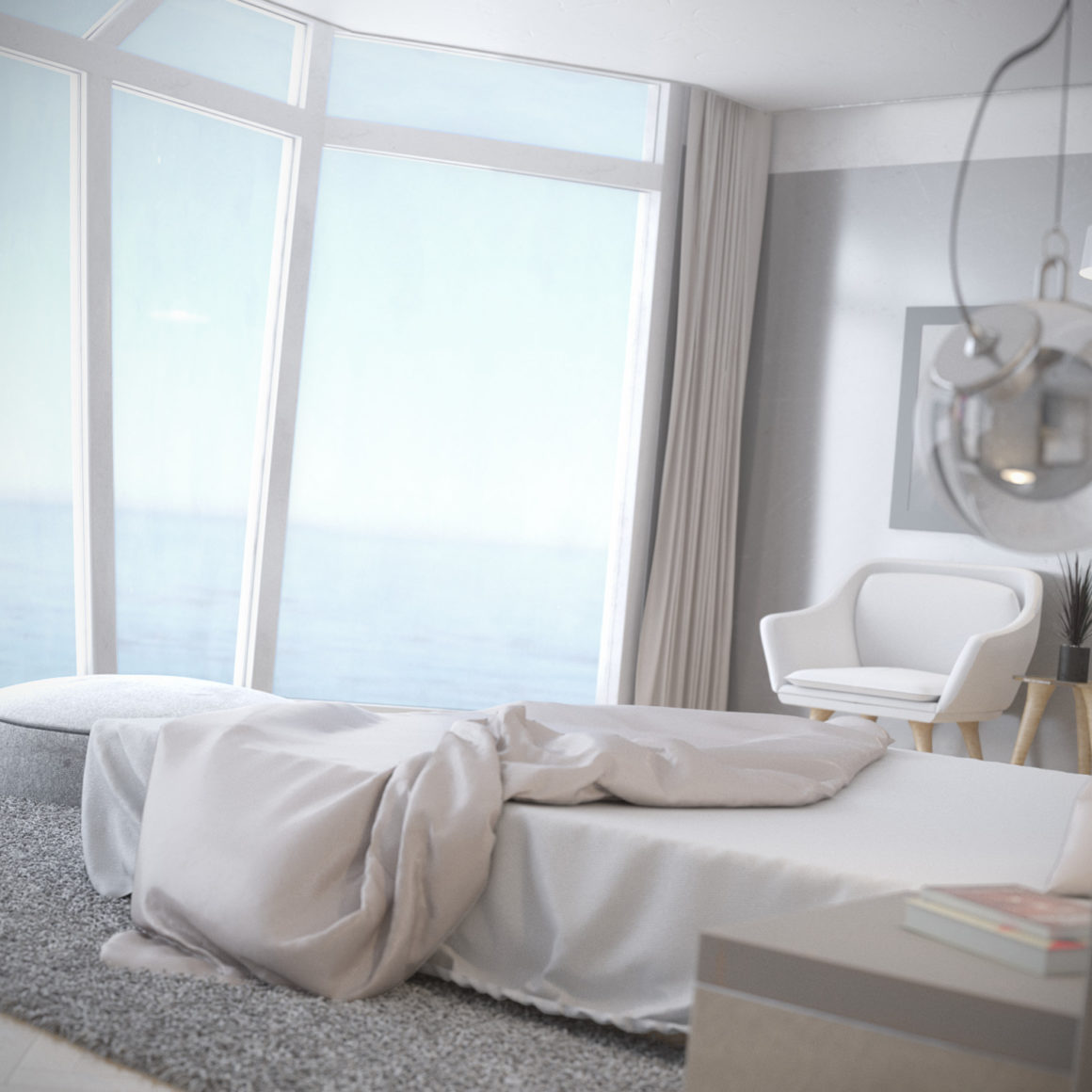 When we started meddling with the VR technology we ordered an HTC Vive headset and were waiting anxiously for its arrival. After a few days, we finally received the package and got on with testing the headset. Immediately, there were two unpleasant surprises. The first one became apparent after a few minutes – the cables started wrapping around as we were moving around. The second one was even worst and came after the first twenty minutes of testing. That’s correct – motion sickness.

After spending the day trying to stop the room from spinning we started developing a plan to stop motion sickness and give ourselves a trouble-free experience. Of course, we began using teleport as a way of moving through the scene (there was a time when the teleport wasn’t the default preset in the game engines), which helped a lot. We have also added a rotation option, which helps you rotate left or right by 90 degrees. That helped with the cable wrapping problem. We had a working, trouble-free template to test. We were back on that horse, excited about the new technology.

We created a small architectural scene and presented it at a local event.

The unlimited marketing potential of virtual reality was immediately apparent. Despite unfortunate placing of our stand (we were behind the corner from the building’s main hall where speeches, networking and champagne drinking took place), we attracted far more attention than companies located in the main hall. Why? Everyone wanted to try out this Virtual World that everyone keeps talking about. We saw how easy it was to attract people and turn them into potential leads. A perfect lead generator for the fairs and shows. 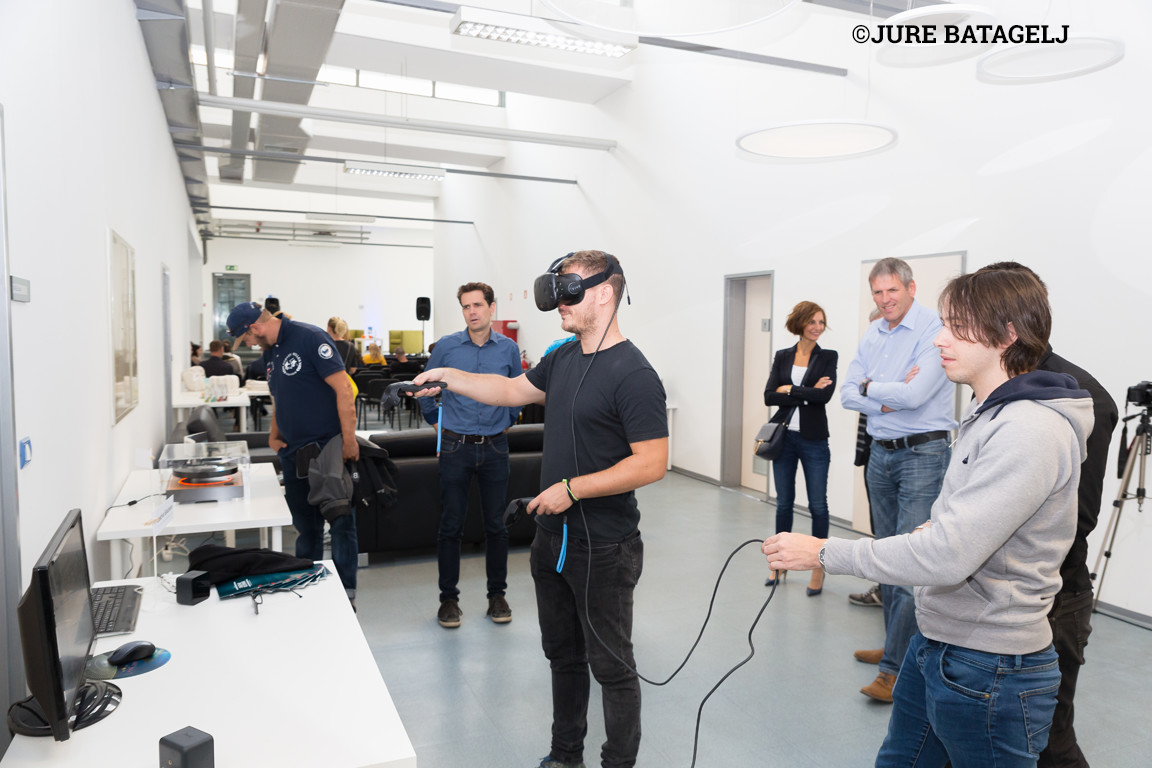 The feedback was fantastic. The users had a great time experiencing the virtual world, marketing managers and salespeople saw the potential that VR brings to their companies. It wasn’t long after that that we received the first inquiries from companies wanting to use the VR experiences as a marketing tool.

But at the same time, we did notice some issues. At first, nobody knew how to use the controllers and move around. And it is hard to sell your product at an event if you have to constantly remind people how to move around and teach them how to interact with the world. The issue got better with time, as people standing in line were looking at the computer monitor and seeing what the user in virtual reality saw with the headset. So when it was their turn they knew what to expect.

The second issue was that people put their headsets on and started moving around without any real goal or purpose. “WOOOW, I am in a virtual world, look at that ceiling, oooh and what is over there,…” and boom the user just ignored what we were trying to tell him and went to look at the flowers on the table that have no purpose whatsoever. If we were doing this for a client/company, their seller would have some issues trying to keep the users where he wanted them.

In order to give our clients a perfect marketing tool, we needed to perfect our workflow and address these issues.

Generally pleased with the potential of VR and still glowing a little bit from all the praise and comments about how amazing walking around in the virtual world is, we started planning on how to tackle issues that during the event.

We systematically developed a „guidance“ system for the user. The system consists of several attention grabbers, depending on the project’s need. We perfected the system through two different projects.

A challenging project for a lighting company came just at the right time for us to test the system on a commercial project. The company wanted to showcase their portfolio of LED lights inside a VR and make so the user could test their lighting, settings such as dimming, auto turn on mode, etc. They would use the VR showcase at the Light + Building fair in Frankfurt.

Focus on the product

Our first priority was to tackle the „running around“ issue, so we gave the user „teleportation markers“, which let them know, that there is a point of interest at the marker’s location. Markers were strategically placed at different locations around the scene, so the user had a perfect view of the LED lights when he moved to the marker. The users no longer teleported straight into walls and the focus was on the client’s product, which was exactly what we wanted.

Since the showcase only needed and click interactions, there were no issues with the users not understanding controls, but to avoid any issues and to help the company’s sellers, we added a help button that displayed movement help directly in VR. That makes it practical for the user as he can simply look at the VR controller and get help instantly.

In order to attract additional attention at a fair, we recommended attaching the VR system to a big screen TV.

The second project that helped us perfect our guidance system was our demo VR horror experience, Because of complicated controls scheme, we integrated a tutorial voice-over that explained to the user how to move around and interact with the world. There is also a voice-over guiding the player through the story by giving him clues. A voice-over is an excellent tool as it does not stop the experience, but at the same time, offers valuable information to the user.

To add to the experience, we spent a lot of time creating ambient lighting, sounds, and effects.

In order to „fool“ the brain, we were sticking to examples from reality. What sound would we hear if we were experiencing this in reality? What would we see? How would the lighting work?

Since then, we have also programmed the buttons on controllers in the virtual world so they would start blinking when there was a possible interaction. We have created a VR template, that allows us to enable or disable any functionality depending on the project needs.

The Future of Virtual Reality

Today, we are mostly working on optimizing the content within the Unreal Engine to extract as much quality as possible from the project.

During this final year, we have slowly developed a working VR system that we can confidently present to our clients. We can customize our VR experience to suit any project, be it a VR game or a VR experience for marketing purposes. More importantly, we can now take our knowledge to our clients, offer them guidance and help make their project better.

We truly believe that new technologies will change the way we experience the world. In a way, they already do. Like with every new technology, virtual reality had some hiccups along the way. But after spending a year in a virtual world, it sure feels like the possibilities for VR are unlimited.